This is the first major development we have seen from the manufacturer since its acquisition by Amazon broke in August 2022. The company is also celebrating the 20th anniversary of its first robot, the Roomba.

Praj Dhamorikar, Senior Product Manager at iRobot, talks about iRobot’s new platform, its latest combo cleaner, and how we should think about Amazon’s purchase of iRobot.

It features a retractable, top-mounted mop that automatically lifts and docks when the machine moves from hard flooring to carpets or rugs, preventing wet messes. Additionally, the device can vacuum and mop simultaneously to save time. 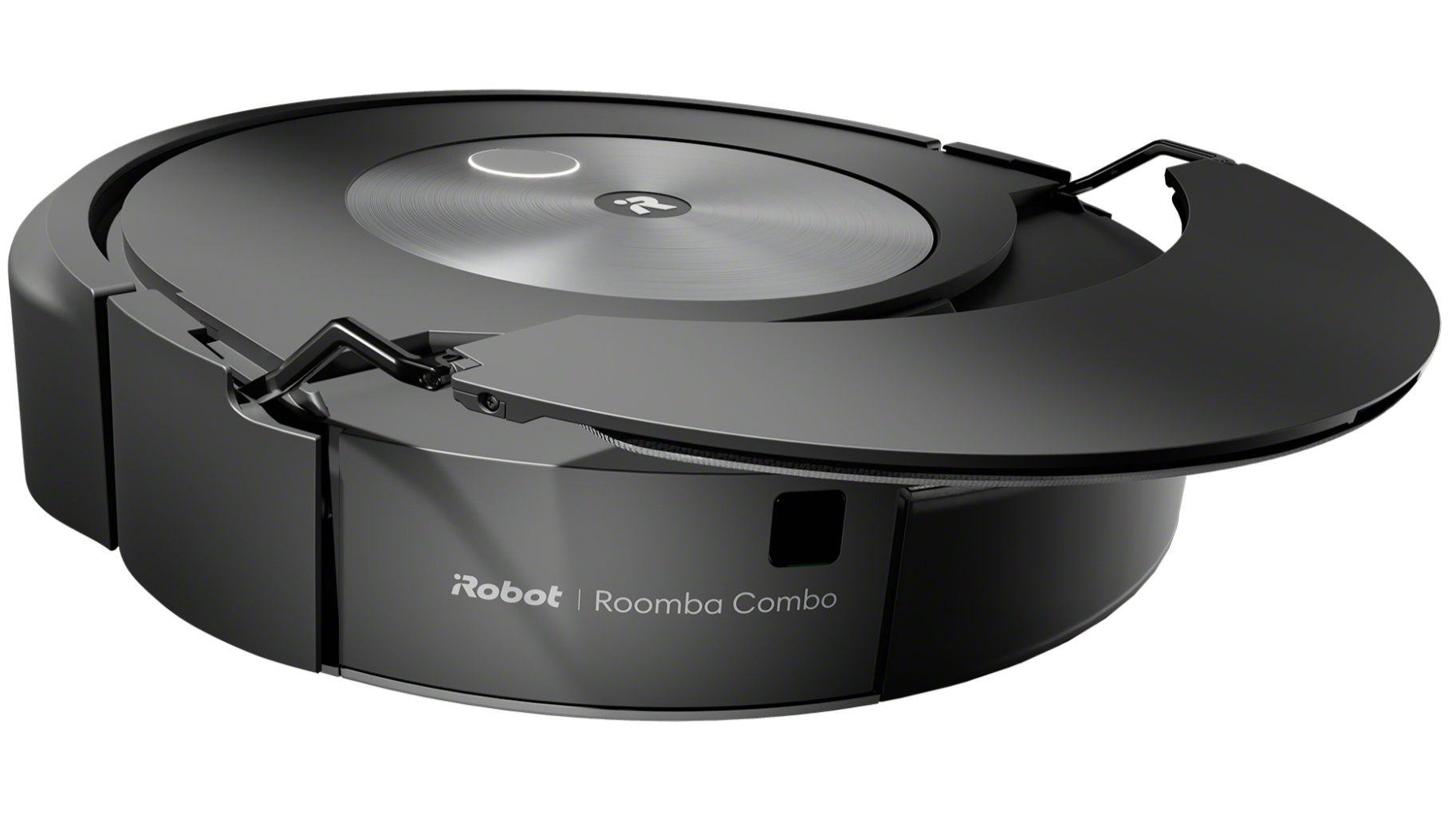 When vacuuming tasks are completed, users won’t have to lift the robot from the ground to fit the mop pads. With pad detection and tank level sensing, users can simply watch for notifications when it’s time to refill the tank or replace the mop pad. The Roomba Combo j7+ will automatically switch to vacuum-only mode if users cannot reach the device before the next clean.

Additionally, users can control the integrated water pump to customize the amount of liquid and how many passes the robot makes room-by-room. A new integrated bin and tank make it easy to empty dirt and refill cleaning solution, and the bin’s automatic dirt disposal system doesn’t require replacement for 60 days.

It looks like the Roomba Combo j7+ is one of the most low-maintenance, simplistic yet sophisticated robot vacuums we’ve ever seen, packed into one sleek and compact package. Stay tuned for our review to see how it performs on tests.

A smarter way to clean your home

A significant platform update has already begun rolling out to Roombas.

With iRobot OS 5.0, new features will be added to the system, including personalized suggestions, voice commands, and object detection. The ability to identify and dodge pet poop was added in earlier updates.

According to Dhamorikar, the new update will provide enhanced functionality for pet owners and families, based on the principle of “thoughtful intelligence.”

In addition to pet toys, bowls, and litter boxes, these enhancements include family items such as backpacks. Dhamorikar said this addresses a core issue with robot vacuums; the floor must be spotless before it can be cleaned.

Furthermore, the updated vacuums will offer recommendations and improved cleaning around high-traffic areas in the home, including pet bowls and litter boxes, as well as large appliances such as stoves, dishwashers, and toilets.

iRobot OS 5.0 will also add active room skipping, which users can activate via the companion app or Alexa, as well as more voice commands. In addition to new iRobot devices, most older models will also be updated depending on the hardware. Roombas 600 series, s9+, i3+, j7+, and m6 are included.

Robotic cleaning devices like these are becoming increasingly intelligent, allowing users to be more hands-off than ever before. We’re fast approaching the fabled future of fully automated and self-regulating homes – at least when it comes to vacuuming and mopping – where robot vacuums require proactive management (and a lot more tidying up to reduce obstructions).

Dhamorikar explained that users must give “explicit consent” before using iRobot’s PrecisionVision navigation or any of the data-driven features on iRobot devices. As stated in a press release, the company “does not, and will not, sell consumer data.”

According to Dhamorikar, “IRobot has always been very proud of its commitment to making sure that consumer data is secure and reliable.”

“We will continue to provide transparency to our customers about how data is used and our services will always be opt-in.”

In spite of iRobot’s highest-level Tüv Süd CSC (opens in new tab) certification, it remains a difficult pill for skeptical consumers to swallow.

With in-home mapping, there are both positives and negatives, especially for the elderly or differently abled, and the kind of technology used here by iRobot could signal the end of decades of anticipation for true smart homes. In terms of the impact of the Amazon acquisition overall, we’ll have to wait and see.

Wish your iPhone 14 Pro had Dynamic Island? Android has an app for that