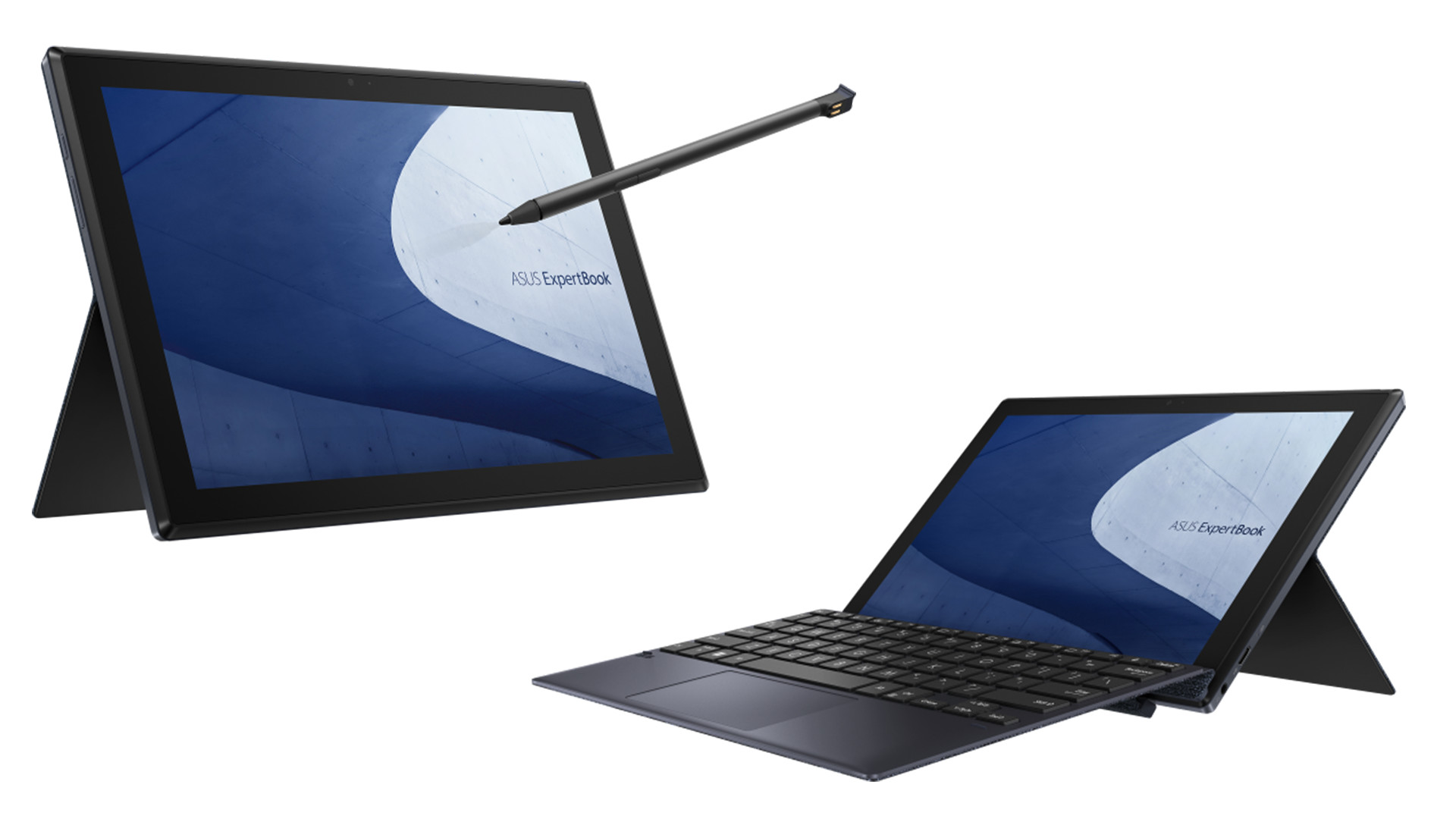 ExpertBook B3 Detachable is the latest addition to Asus’ Expert line of business laptops.

B3s can be used in remote work settings, classrooms, manufacturing lines, and even healthcare settings, according to what Asus said.

In order to facilitate this jack-of-all-trades style, the laptop is equipped with a wide range of features. Plus, the B3 only weighs 1.3 pounds (around half a kilogram) and has a battery life of up to 21 hours, so you won’t have to worry about it dying at work.

As a 2-in-1 device, the B3 can convert into a tablet with a detachable keyboard, complete with horizontal and vertical screen configurations. The display is a 10.5-inch touch screen with a resolution of 1920×1200, also known as WUXGA (widescreen ultra extended graphics array). Despite not having a 4K or even 2K resolution screen, the B3 has a decent-looking wide display.

ASUS claims you can use the MPP (Microsoft Pen Protocol) stylus on the back to write notes on the touch screen without smudging it. Additionally, the stylus charges fairly quickly – a 15-second charge lasts 45 minutes.

The B3’s feature set is rather eclectic. The laptop has a high-resolution dual camera system consisting of a 5MP front-facing lens and a 13MP outward-facing lens, which are expected for a business laptop. Video calls are kept clear with active noise reduction. A noise-canceling feature powered by AI is included to eliminate outside noise. SmartConnect on the machines promises better Wi-Fi performance and Bluetooth range extension. The keyboard even has a mute key for microphones.

B3’s Antibacterial Guard, which protects the laptop from germs, might be more appealing to those concerned about health and cleanliness. Almost no tech device has this feature.

According to Asus, laptop surfaces may harbor harmful bacteria. An “antibacterial treatment” has been applied to the keyboard to reduce microbial growth by more than 99 percent after 24 hours. Even alcohol-based cleaning products can be used on it before use, and it is spill-resistant and built to withstand 10 million keystrokes.

TÜV Rheinland certified the display for low blue-light emissions, which will reduce the risk of eye strain caused by prolonged usage.

The laptop is powered by a Qualcomm Snapdragon 7c Gen 2 chipset with an eight-core processor, an Adreno GPU, and 4G LPDDR4X RAM. The CPU clock speed is 2.55 GHz. It’s not the fastest in the world, but for a general-purpose device like the B3, it’s good enough. The storage capacity is rather disappointing. A 128 GB eMMC (MultiMedia Card) is housed in the device. Therefore, it isn’t very large.

This is a mid-tier laptop, so it isn’t the most robust, but it may still be a decent machine. ExpertBook B3 Detachable is currently available for $599 through Best Buy, or for $539 on Amazon. However, it is only available in Star Black.